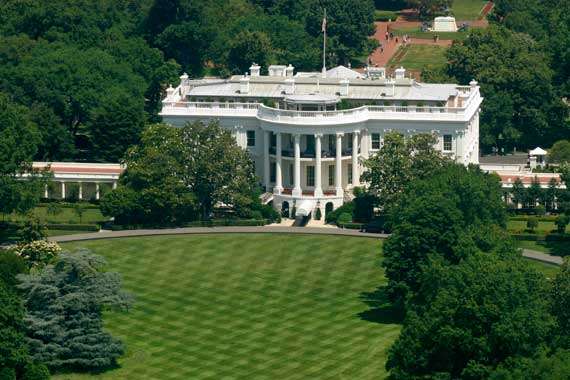 One of the primary goals of the Affordable Care Act (ACA) is to expand access to affordable health insurance (actually, to free health insurance for many lower-income individuals).  The ACA includes various mechanisms to accomplish this goal, including requiring insurers to cover everyone who applies, prohibiting insurers from imposing preexisting conditions limitations, and severely limiting the factors insurers can consider in setting premiums.  Obviously, these mechanisms put insurers at financial risk, since their underwriters won’t have sufficient data to predict claims costs, such as the number of people likely to enroll, their health status and claims history, or other demographic information on enrollees.

To mitigate these risks, the ACA includes three risk-sharing provisions intended to protect insurers financially, especially in the first few years of the new program.  These risk-sharing programs are often called the “3 Rs” because they are Risk Adjustment, Reinsurance, and Risk Corridor.

These risk-sharing programs have been reported on by the mainstream media recently and even discussed in nighttime news shows, because critics of the ACA claim that the botched roll-out of the Exchanges and the transitional rule allowing  insurers to renew non-ACA-compliant plans until October 2016 will result in many more healthy people not enrolling in coverage through the Exchange and  instead staying in their pre-ACA plans, which will cause the Exchange risk pools to be even worse than the actuaries initially expected.

The 3 Rs are complicated and their names sound similar.  This matrix summarizes the salient features of each of the 3 Rs.   It is intended as a quick and easy-to-read review of the three risk programs.  For additional information (from different perspectives), the articles listed after the matrix will be helpful.

The following articles are helpful if you want to better understand just how the 3 Rs work.

“The ACA’s risk adjustment, reinsurance, and risk corridors programs are intended to protect against the negative effects of adverse selection and risk selection, and also work to stabilize premiums, particularly during the initial years of ACA implementation. Each program varies by the types of plans that participate, the level of government responsible for oversight, the criteria for charges and payments, the sources of funds, and the duration of the program.” (Kaiser Family Foundation)  1-22-2014
http://kff.org/health-reform/issue-brief/explaining-health-care-reform-risk-adjustment-reinsurance-and-risk-corridors/

The Affordable Care Act (ACA) creates three interconnected risk management programs intended to protect consumers by stabilizing premiums during the initial years of the law’s implementation.  . . . Because of the increased uncertainty with the www.healthcare.gov website and the change in treatment of 2013 policies, the ‘3Rs’ [reinsurance, risk corridors, and risk adjustments] will play a more critical role in creating a stable market for consumers. Consumers’ decisions to continue their 2013 policy, purchase an ACA-compliant policy, or forego coverage in 2014 may necessitate adjustments to the 3Rs. Without additional support, consumers may face higher premiums and fewer choices in future years.” (America’s Health Insurance Plans [AHIP])  November 2013   http://www.ahipcoverage.com/wp-content/uploads/2013/11/ACA-Premium-Stabilization-Programs-3.pdf

The three risk-sharing “programs are all aimed at protecting individual insurance companies from the consequences of ObamaCare enrollment and rating restrictions. None of them ensure the solvency of the market as a whole. Indeed, they do just the opposite — they encourage the sickest people to enroll by subsidizing them while discouraging the healthiest people to enroll by overcharging them. So, while individual companies may be exempt from the ‘death spiral,’ the program as a whole is not.” (by Greg Scandlen, in John Goodman’s Health Policy Blog)  1-22-2014
http://healthblog.ncpa.org/risk-adjustments-in-obamacare/

“While the language of ACA 1342(b)(1) establishes a directive to the Secretary to make such payments, it does not specify a source from which those payments are to be made. Therefore, Section 1342 would not appear to constitute an appropriation of funds for the purposes of risk corridor payments under that section…. [T]he amounts received by HHS from plans that have overestimated premiums for a given year are not explicitly designated to be deposited in a revolving account or otherwise made available for outgoing payments under Section 1342(b)(1). Therefore, there does not appear to be sufficient statutory language creating a revolving fund that would make amounts received under Section 1342(b)(2) available to pay amounts due to eligible plans under Section 1342(b)(1).” (Congressional Research Service)  1-23-2014
VIEW PDF

“Humana announced that it expects to tap the three risk adjustment mechanisms in ObamaCare for between $250 and $450 million in 2014. This amounts to about 25 percent of the insurer’s expected exchange revenue. This money is needed to offset losses that the insurer will take as a result of slower enrollment in its ObamaCare plans, and a skewed risk pool that weighs more heavily toward older and less healthy members than it originally budgeted. More than half of the money will come from the $25 billion reinsurance pool that ObamaCare provides (collected through a tax on employer-sponsored health plans). The other half will come mostly from the risk corridors.”  (Forbes) 2/6/2014