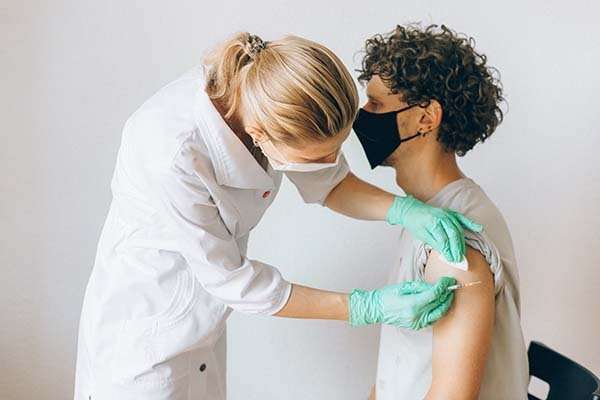 Not 24 hours after a Missouri federal court temporarily blocked the Centers for Medicaid and Medicare Services (CMS) from enforcing its COVID-19 vaccine mandate in 10 states, a Louisiana federal court took one giant step further and blocked the rule from taking effect in any healthcare facility across the country not covered by the Missouri decision. The judge’s 34-page order issued late Tuesday contends that the federal government does not have the authority to implement the vaccine mandate, effectively putting the entire rule on ice for the time being. But with a January 4, 2022 deadline looming for covered workers to be vaccinated (and a December 6 deadline for accommodation requests and the first vaccine dose), as well as the ever-present threat that this court order could be overturned by an appeals court or the Supreme Court, what should healthcare employers do while waiting for a final decision?

Here’s a quick timeline of critical events to catch you up to speed:

What did the Louisiana Court Say?

Just as in the Missouri case, the Louisiana federal court entered a preliminary injunction against the CMS vaccine mandate, holding that the 14 states demonstrated a likelihood of success on the merits and established that they would suffer immediate and irreparable harm in the absence of an injunction. It made five key findings to conclude that the states would likely prevail in any litigation attacking the mandate:

In addressing the geographic scope of the preliminary injunction, the judge noted a nationwide injunction was necessary due to the need for uniformity since the CMS mandate has a nationwide scope of the CMS Mandate. Therefore, the scope of this injunction is nationwide except for those employers in states covered by the Missouri ruling: Alaska, Arkansas, Iowa, Kansas, Missouri, New Hampshire, Nebraska, North Dakota, South Dakota, and Wyoming.

Where Does This Leave Healthcare Employers?

For all intents and purposes, healthcare employers covered by the CMS vaccine mandate in all locations across the country have been granted a temporary reprieve. The problem is that we do not know how “temporary” this reprieve will be, and how soon you may need to ramp up your compliance efforts if new life is breathed into the rule. Therefore, you may want to take a cautious approach and perform some behind-the-scenes actions to prepare for a possible resurrected vaccine mandate without unfurling major initiatives. Some steps to consider include:

Finally, it is critically important to keep an eye on state and local laws for two critical reasons.

The only practical distinction that may exist between employers operating in the Missouri decision’s 10 states and the remainder of employers is if one of these two decisions is overturned while the other remains in place. In such a situation, it is possible that you may have different obligations to comply with a resurrected CMS vaccine mandate while other employers would be spared compliance obligations. And in such a situation, employers with multi-state operations may have a patchwork of rules to follow. You will thus need to monitor these separate pieces of litigation, and the best way to stay on top of these developments is to subscribe to Leavitt Group news.

Where this litigation goes next is anyone’s guess. As challenges against the CMS rule have also been filed in other states as well, we could see further court decisions further muddying the waters. And we could see a federal appeals court weigh in to overturn these preliminary injunctions at any moment. Given the varied rulings in play, we could see the Multidistrict Litigation Panel once again be called upon to break out its trusty raffle wheel and ping-pong balls to assign this controversy to one federal appeals court for an overall ruling as happened several weeks ago with OSHA’s mandate-or-test ETS. And, of course, a trip to the Supreme Court for an ultimate decision is not out of the question.