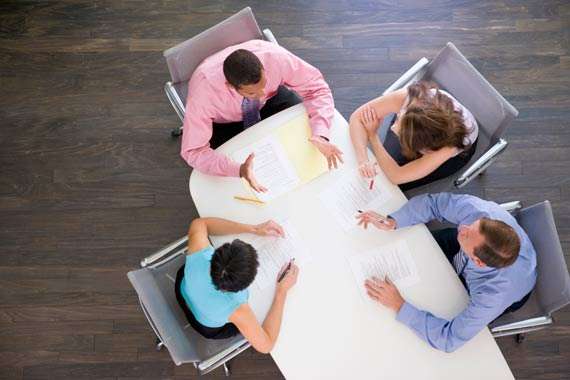 Are you an officer or member of an executive team or board of directors for an organization?  Directors and officers liability insurance (D&O) can protect you from liability due to negligent acts, omissions, or misleading statements that result in lawsuits against the company. This coverage is an essential tool in helping mitigate liabilities for an organization as well as protecting the personal assets of the directors and officers.

D&O liability insurance provides protection for officers and members of the executive team and board of directors of non-profit and for-profit organizations.  Defending lawsuits can drain the financial resources of an organization and ruin the reputation you have worked so hard to build and maintain.  D&O coverage helps cover these defense costs and protect your reputation.

What You Should Know About D&O Coverage

Coverage for directors and officers is only for non-bodily injury claims. This includes claims of financial loss resulting from mismanagement. D&O coverage typically excludes intentional dishonest acts, as well as matters covered under other standard policies. Employment practices liability insurance (EPLI) can be an added component to a D&O policy and is often referred to as a management liability package.

Claims that are generally covered under D&O liability insurance include allegations for things such as unfair competition, reporting errors, failure to comply with legal and regulatory governances, public and private nuisance, and trade secret violations.

An example of an unfair competition claim occurred when an insured recruited an employee from another company.  Before this employee left to begin working for the insured, he began encouraging other fellow employees to join him in working for the new company.  The insured was not involved in this recruiting effort, but the other employer was unhappy about it and filed a lawsuit against the insured for unfair business practices and infringement of trade secrets.  The D&O carrier paid approximately $500,000 in both defense and settlement to resolve this claim.

Why You Need D&O Coverage

The best defense and the first step in protecting your organization from claims against your executive team or board is to obtain D&O coverage.  Without this coverage the personal assets of each board member or officer are at risk if a D&O claim is made against your organization.  This coverage is not just for companies and people with high level director positions.  It is just as important for non-profit organizations as it is for businesses with governing boards.

Usually the cost to defend is the most expensive part of a lawsuit, and D&O coverage will help cover those costs.  As noted in the claim example above, while the insured had nothing to do with the recruitment actions of their new employee, it was still a significant cost to defend those actions.

Another claim example is a case where shareholders for a company that markets fitness, health, and beauty products filed a suit alleging that the company and its directors and officers made misrepresentations in a proxy filed with the SEC, upon which shareholders relied in determining whether they would vote in favor of an acquisition.  Shareholders demanded an excess of $5 million.  The carrier defended the case through trial, and the insured was ultimately found not guilty but not without the carrier paying approximately $2.5 million in defense costs.

There are no “standard” D&O policies.  Every insurer has their own coverage forms, and the terms and conditions vary with each one.  It is imperative to perform a diligent coverage review and comparison with your insurance agent to ensure the coverage you are acquiring is suitable for your needs.  Your insurance agent can help you understand how the policy works and what will be covered.