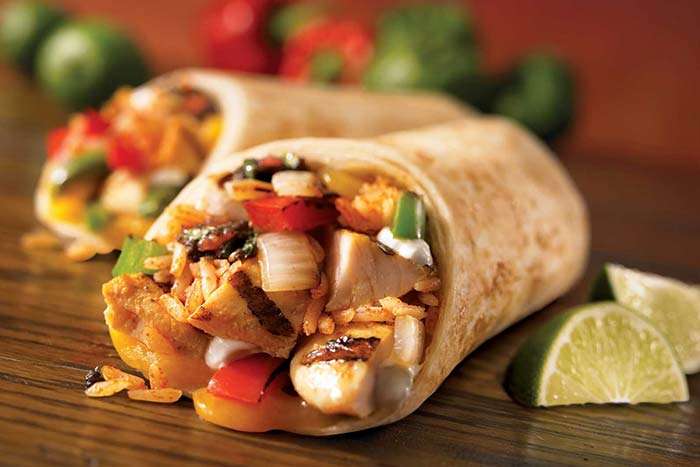 Authored by an industry professional:

The costs, stress and disruption caused by a Department of Justice (DOJ) investigation is exhaustively intrusive: hiring and working with attorneys; producing documents pursuant to subpoenas; enduring lengthy examinations of C-Suite executives, management and employees; undergoing repeated inspections of operational facilities; and responding to numerous written information requests. Because the company (a legal person) is also under investigation, it may be conflicted from financially assisting its executives, managers and employees in responding to the many financial burdens inflicted by a DOJ investigation. Moreover, the investigation’s toll hits as the company is in the middle of trying to protect brand and balance sheet from the impact of a recall.

“On January 28, 2016, we were served with a Federal Grand Jury Subpoena from the U.S. District Court for the Central District of California in connection with an official criminal investigation being conducted by the U.S. Attorney’s Office for the Central District of California, in conjunction with the U.S. Food and Drug Administration’s Office of Criminal Investigations. The subpoena requires the production of documents and information related to company-wide food safety matters dating back to January 1, 2013. We received a follow-up subpoena on July 19, 2017 requesting information related to illness incidents associated with a single Chipotle restaurant in Sterling, Virginia. We intend to continue to fully cooperate in the investigation. It is not possible at this time to determine whether we will incur, or to reasonably estimate the amount of, any fines or penalties in connection with the investigation pursuant to which the subpoena was issued.”

In addition to trying to get its operations back on track, countering adverse publicity and responding to consumer concerns, the Chipotle team is also saddled with properly responding to the expanded investigation burdens unleashed by the most recent contamination event.

Like several other well-known brands currently under a DOJ investigation, Chipotle is undergoing an extensive criminal investigation for accidental events. Why?

Since the passage of the Food, Drug and Cosmetic Act (FDCA) in 1938, it is a statutory violation of federal law to introduce (accidentally or otherwise) adulterated or misbranded food into interstate commerce. The FDCA also specifies the criminal punishments for those who violate the law. If found to have introduced adulterated or misbranded food into interstate commerce, a company, executive, manager or employee can be found guilty of a misdemeanor and/or felony.

In United States v. Dotterweich, 320 U.S. 277 (1943), the United States Supreme Court ruled that food industry executives or managers could be held strictly, criminally liable under the FDCA for their subordinates’ actions or errors. The Court determined the FDCA is the type of legislation that “dispenses with the conventional requirement for criminal conduct ─ awareness of some wrongdoing.” Id. at 281. In other words, food executives or managers could be found criminally strictly liable.

Thirty years later, the Supreme Court cemented the vicarious liability (held responsible for the actions or omissions of others) fate of food executives in United States v. Park, 421 U.S. 658 (1975). Park was the President and CEO of Acme Markets, Inc., “a national retail food chain with approximately 36,000 employees, 874 retail outlets, 12 general warehouses, and four special warehouses.” Over the course of a three-year period, the FDA had notified the company of rodent contamination at two of its 16 warehouses. Park and the company were charged with five counts of violating the FDCA. While the company plead guilty, Park went to trial. The jury convicted Park on all five counts.

In upholding Park’s conviction, the Supreme Court stated it had “reaffirmed the proposition that ‘the public interest in the purity of its food is so great as to warrant the imposition of the highest standard of care on distributors.’” Id. at 671. In citing Dotterweich and other decisions, the Court warned about the Act’s measures, “in providing sanctions which reach and touch the individuals who execute the corporate mission ─ and this is by no means necessarily confined to a single corporate agent or employee ─ the Act imposes not only a positive duty to seek out and remedy violations when they occur but also, and primarily, a duty to implement measures that will insure that violations will not occur.” Id. at 672.

The FDCA’s Unconventional (but Critical) Twist

Anyone who diligently watches a good crime drama knows that every crime has two elements: a bad act and a culpable state of mind. As the Supreme Court advised in Dotterweich, the FDCA disposed of the second element. In other words, the FDCA created one of the few rare “strict liability” crimes under federal law.

On January 26, 2011, a few weeks after the passage of the FDA Food Safety Modernization Act (FSMA) and to much less fanfare, the FDA published guidelines for the criminal prosecution of corporate individuals. In recommending prosecution under the Park Doctrine, the FDA stated:

“The Park Doctrine, as established by Supreme Court case law, provides that a reasonable corporate official can be held liable for a first time misdemeanor (and possible subsequent felony) under the Federal Food, Drug and Cosmetic Act (FDCA) without proof that the corporate official acted with intent or even negligence, and even if such corporate official did not have any actual knowledge of, participation in, the specific offense.”

In other words, the government can convict an executive, manager or employee of a strict liability crime under the FDCA without his or her having any involvement in or knowledge of the violation.

Between 1975 and 2013, there were only a handful of FDCA criminal prosecutions and convictions. Since 2013, the year the Jensen brothers were convicted, fined and sentenced to probation for five years, including six months of house arrest, the number of food industry-related criminal investigations, prosecutions and convictions has skyrocketed. The list of corporate titles convicted for FDCA criminal strict liability crimes include, CEO, President, Founder, Owner, Principal, Senior Vice President, Plant Manager, QA Manager, Foreman and Yardman.

While the most notorious have created significant headlines, there have been many other food executives and employees whose careers and lives were destroyed because they were held criminally strictly liable for violating the FDCA. For example, Ana A. Roos, President of Roos Food, Inc., quietly agreed in 2016 to plead guilty after an investigation linked her company to an earlier Listeria outbreak, which killed one person and sickened several others. The company had been in business for 27 years before the outbreak. In addition to her company going out of business, and a $100,000 fine, Ms. Roos was banned from producing food in the U.S.

All food industry companies must be prepared for the consequences resulting from recalls and outbreaks. If a company’s food product recall results in an outbreak, which is defined by the Centers for Disease Control and Prevention (CDC), as “an incident in which two or more persons experience a similar illness after ingestion of a common food,” it can expect to immediately appear on the DOJ’s criminal investigation radar. In addition to the brand and balance sheet damages caused by the recall, the company and any executive, manager or employee being investigated by the DOJ will have to spend enormous funds defending themselves. And, companies may be conflicted from assisting executives and employees with any associated legal fees. Berrian Insurance Group is the only underwriter or broker to have created and developed a Criminal Strict Liability endorsement for product contamination insurance, which can assist the companies, executives, managers and employees that are targets of a DOJ investigation and/or prosecution. Protect brand, balance sheet and employees.

Joel Berrian
Joel Berrian is co-owner of Berrian Insurance Group and specializes in insurance for large risks with complex exposures such as mining and energy, product and professional liability, catastrophe exposed property, food and beverage, and global cargo and marine. 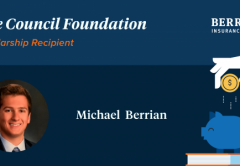 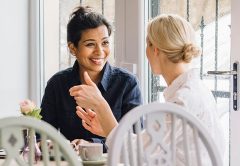 Ways to Be Aware 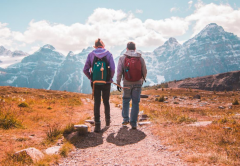 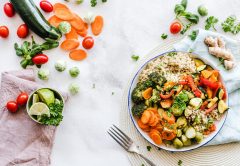