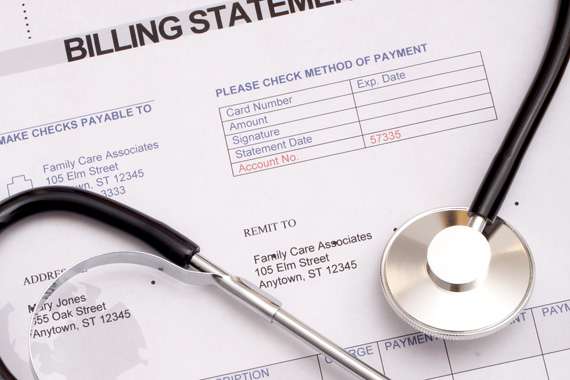 Health care providers have many different obstacles they face every day in their practices.

Between meeting with patients and providing quality health care, physicians are required to run departments that include human resources, accounting, information technology, billing and coding, and more. Over the last few years, the medical billing and coding responsibilities of a provider’s practice have become much more complicated.

Many practices have attempted to curb the burden of medical billing and coding errors by contracting with a third party vendor to handle these services.

The mistake many providers make is that they believe their exposure to miscoding errors ends because of the contract they have entered into with the third party vendor. This is not true.

Providers in Nevada have been targets of Recovery Audit Contractors (RACs). Las Vegas Urology reached a settlement in which they were required to pay the Department of Justice (DOJ) $1 million to settle what the DOJ calls “civil health care fraud allegations.”i

Other physicians caught up in these RAC audits have lost privileges at all area hospitals and have been excluded from federal and private insurance programs; thereby gutting their practice. The Department of Health and Human Services and the Department of Justice have shown that they are not concerned with third party billing vendors. These federal agencies will hold accountable the name of the physician and practice on the Medicare and Medicaid contracts. There is no contractual wording that will transfer the risk or protect your practice from the errors of a third party vendor.

The activity of RAC audits has been continually increasing in volume and intensity ever since President Obama signed into law the Patient Protection and Affordable Care Act (PPACA) — also known as “Obamacare” or health care reform. On March 10, 2010, just days before PPACA was signed into law, President Obama signed a Presidential Memorandumii  expanding the scope and use of RAC audits to all 50 states and also into all Medicare Part C (i.e., Medicare Advantage), Medicare Part D (i.e., prescription drug benefit), and Medicaid providers.iii  The directive from President Obama reads, “Today, to further intensify efforts to reclaim improper payments, my Administration is expanding the use of ‘‘Payment Recapture Audits,’’ which have proven to be effective mechanisms for detecting and recapturing payment errors.” iv How will these RACs be carried out? This same memorandum notes that “one approach that has worked effectively is using professional and specialized auditors on a contingency basis, with their compensation tied to the identification of misspent funds.”v

Since the beginning of the fiscal year 2011, these physician-centered RAC audits have “identified and corrected $592.5 million in improper payments.”vi

Studies have found that, even though the frequency of RAC audits are rising, “just 12.7 percent of RAC overpayment determinations were appealed during the demonstration program; however, of these appeals, available data reflects that at least 64 percent were decided in favor of the provider.” vii   Whether or not your practice is found to have miscoded procedures within these government programs, the legal defense costs, public relations, and productive time lost in this exercise is damaging to a practice.

As noted above, there is no legal wording that can transfer the risk of miscoding from you to the third party billing vendor you may be using. If your name is on the Medicare or Medicaid contracts, then you and your practice are who the Department of Justice, under the direction of the Department of Health and Human Services, will hold liable for the mistake.

The only way to transfer this risk to someone else is through an insurance policy known as the Medical Billing and Coding Policy. These programs are only written through a small number of companies and access to these companies is limited to a few brokers. These medical billing and coding policies usually cover defense costs, regulatory fines and penalties, public relations, and basic liability related to this risk. Every policy is different, so discuss specific policy exclusions with a trusted insurance professional who is versed in the Medical Billing and Coding Policy.

Healthcare providers and their practices are under increased pressure to protect their assets in this current climate of increased lawsuits and government oversight.  Most often, providers do not have the time between patients to devote attention to the intricacies of making sure their practice is meeting the growing demands of government regulation.  Leavitt Insurance Agency is dedicated to bringing this information to you and helping you protect the practice you have built.

Brad Rowe
Brad is a co-owner and commercial insurance broker with Leavitt Insurance Agency in Las Vegas, Nevada. With experience in many different fields of business, Brad is able to offer his clients the knowledge and understanding necessary to combine common business practices with proper insurance coverage.