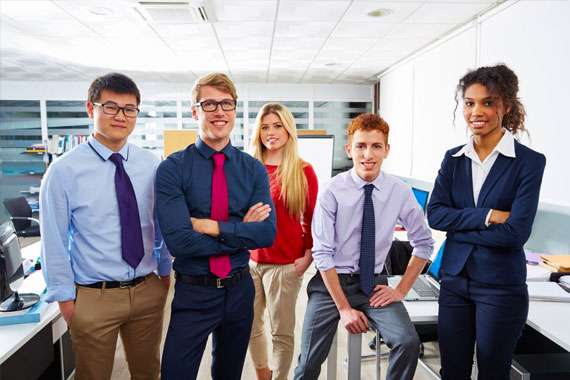 Every year, millions of lawsuits are filed against businesses in state and federal courts, many of them by employees and former employees. In addition to lawsuits, every year tens of thousands of employees make formal complaints against their employers to the U.S. Equal Employment Opportunity Commission (EEOC), which investigates each claim.

Some experts assumed it was the lack of jobs that caused the proliferation of claims and employment-related lawsuits. Though charges have decreased as U.S. employment rates continue to improve, EEOC claims remain close to historic highs.

Even the most conscientious business owners find it difficult to keep up with all of the rules regarding how they should hire and fire, what can be said in the workplace, and how they should treat their employees.

Here are five major federal laws regarding employers and employees:

Title VII of the Civil Rights Act of 1964 (Title VII): prohibits discrimination based on race, color, religion, or national origin. In addition, Title VII also prohibits sexual or sex-based harassment—especially behavior that creates a hostile work environment, or policies and actions that use sex or gender to justify refusal to hire or promote, firing, or demotion.

The Age Discrimination and Employment Act of 1967 (ADEA): prohibits employment discrimination against persons 40 years of age or older, including hiring and firing practices, denial of opportunities, and wage discrimination related to the age of a worker.

The Americans with Disabilities Act of 1990 (ADA): prohibits discrimination on the basis of disability, and requires employers to provide reasonable accommodations requested for a disability. The ADA also prohibits the disclosure of confidential medical information and prohibits an employer from interfering with an employee’s right to make use of the protections of the statute.

The Family and Medical Leave Act of 1993 (FMLA): requires certain employers to provide up to 12 weeks of leave (during a 12-month period) to eligible employees who need time off because of a “serious health condition” experienced by themselves or by a family member. FMLA regulations interact with Title VII requirements for pregnancy-related leave and ADA and Rehabilitation Act rules for accommodations for employees with disabilities.

Numerous minor acts and amendments have further affected the regulatory landscape. In addition, many states and cities have their own employment laws that must be followed.

The EEOC tracks various categories of claims to provide insight into how actionable employment behaviors are trending:

(Note that many claims involve more than one category of infraction, so the percentages above add up to substantially more than 100 percent.)

Not surprisingly, the biggest category includes claims of retaliation, which occurs “when an employer, employment agency, or labor organization takes an adverse action against covered individuals because they engaged in a protected activity.” According to the EEOC, all three elements are required to prove a claim of retaliation.

Additionally, in a recent bulletin, the EEOC noted three areas where claims are currently increasing:

Interestingly enough, according to the EEOC, the percentage of claims filed against businesses that are dismissed due to “no reasonable cause” has increased from 55.8 percent in 2000 to 62.9 percent in 2013. However, though the agency acknowledges that greater than 6 out of 10 charges turn out to be false, it must still investigate every single one. And businesses must defend themselves against all claims, regardless of their veracity. The average cost to defend an employment practices claim against a business is $150,000, and the average settlement is around $200,000.

Because of the increasing complexity of employment laws—and due to the increase in claims and lawsuits made by American employees—a critical risk management strategy is to have in place employment practices liability insurance (EPLI) to help protect businesses. This should come as no surprise, since any given business is more likely to have an EPLI claim than a general liability or property/casualty claim.

EPLI coverage is necessarily comprehensive in scope. It covers a business against lawsuits or claims filed by prospective employees, by current employees and contractors, and by former employees (those who have resigned or who have been laid off or terminated). The coverage protects the company itself, its executives, and both current and former employees.

Though policies differ, employment practices insurance generally covers claims related to the requirements laid out in Title VII, the ADA, the ADEA, the FMLA, and assorted other laws and regulations. This coverage extends to claims relating to employment discrimination, harassment, defamation, and of course retaliation. It also provides protection against claims for the failure to hire, failure to promote, and wrongful termination.

Types of claims typically excluded under EPLI policies include those made under the National Labor Relations Act (NLRA), the Worker Adjustment and Retraining Notification Act (WARN), the Employee Retirement Income Security Act (ERISA), and the Fair Labor Standards Act, plus issues related to the continuation of benefits under the Consolidated Omnibus Budget Reconciliation Act (COBRA) and Occupation Safety and Health Administration (OSHA) claims.

More and more businesses are seeing the need to purchase EPLI coverage to help mitigate the financial impact caused by claims of discrimination, harassment, retaliation, and other prohibited actions. In addition to carrying insurance, there are several commonsense steps your company can take to reduce the possibility of claims. As in just about every area of life, prevention is better than a cure.

Foster a Culture of Tolerance. Make it clear to every person in the company (including executives and contractors) that everyone must work together to create and maintain an atmosphere of mutual respect. Criticizing or calling attention to another’s religion, nationality, disability, gender, sexual orientation, or other personal traits can invite conflict. Bottom line: a positive, inclusive work environment can help prevent EPLI claims.

Update Your Employee Handbook. If your company has a handbook (and it should), go through the language and make sure it indicates both acceptable and unacceptable workplace behavior. It’s worth taking the time to have workers go through the handbook once a year to review the requirements and agree to abide by them. Document the fact that each employee has gone over and signed off on the handbook, and save the records.

Consider Adding Training. Many businesses conduct sensitivity training classes to help employees understand that seemingly innocuous comments and behaviors can be insulting and hurtful to others—and can expose the company and themselves to the risk of lawsuit or EEOC charges. Train your employees to recognize prohibited speech and actions, and inform them all how to report issues if and when they occur.

Respond Appropriately to Complaints. Document a specific set of procedures for complaining about treatment or reporting prohibited behavior, and follow it to ensure an equitable response to each case. When a complaint is received, take it seriously and document both the complaint and the response. Make it very clear to all involved that retaliation is unacceptable. Follow up and follow through to ensure that every complaint is resolved appropriately.

A Risk That Won’t Go Away

Employment regulations are a serious issue, and the risk of lawsuits and EEOC charges is one that won’t be going away anytime soon. And it’s not just large companies that have EPLI exposure; statistics show that 75 percent of claims are made against small businesses (those with 50 or fewer employees). All employers should consider the impact of their policies, their actions, and the behavior of their workers.

Though this is an important business issue, it’s also a profoundly human one. Nobody should have to deal with slurs, derogatory remarks, ridicule, and discrimination in their place of employment. With clear standards, effective training, and good employment practices liability insurance coverage, companies can help ensure that they are protected from the risk associated with breaches of employment laws and rules.